Facebook Is Testing Custom Audiences Based On Store Visits

According to WERSM, Facebook is testing to create custom audiences for retailers targeting people who’ve been into their store, although Facebook hasn’t confirmed this as yet. These are the types of audiences that could possibly be created: 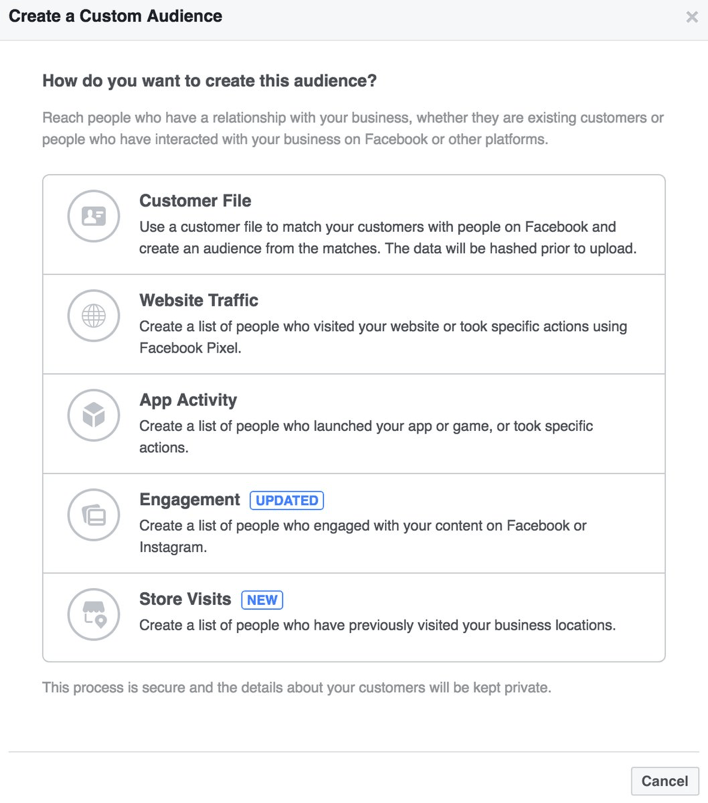 About a year ago, Facebook launched three new ad products for brick & mortar retailers  – store locator, store visits, and the offline conversions API. It also offers advertisers several other offline tracking options. Although, Facebook still doesn’t have a very effective offline tracking solution for advertisers. For example, store visit tracking is based on information from Facebook users’ location services if they have it turned on, and the offline conversions tracking is mainly based on proof from manually-uploaded sales reports.

Facebook may be making its location tracking a lot better with its free Wi-Fi hotspots feature, but still cannot adequately measure offline conversions. Facebook has tested Facebook Beacons as well, but that never became successful. Facebook has also been testing QR codes.