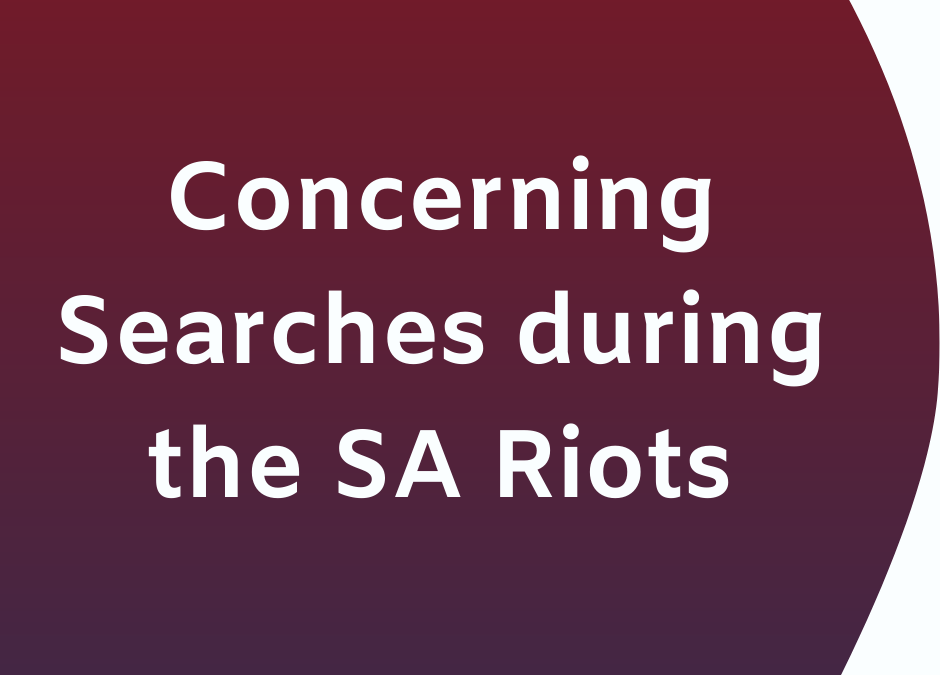 With the intensity of the looting in South Africa increasing from about Monday 13th July and continuing for about a week, people took to Google to search using a number of concerning keywords such as “Molotov cocktails”, and “how to make a bomb”.

Google Trends is a free service that reports on how often a particular search term is entered into Google, relative to the total search volume over a period of time, and across geographic regions.

A Google Trend keyword will have a value of 0 if the search term or keyword has a low volume relative to previous searches, and 100 if it is trending, ie it is experiencing an increase in the average number of searches.

How to make a bomb 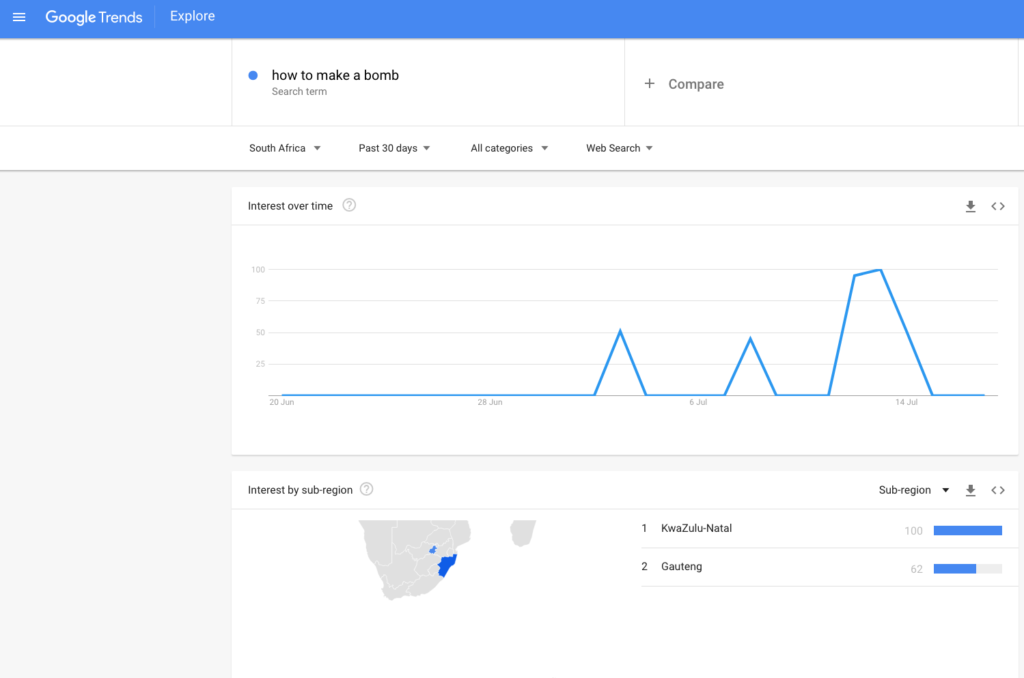 People began googling the phrase ‘how to make a bomb’ in early July 2021 with a second peak around Thursday 8th July, then on Monday 12th July. 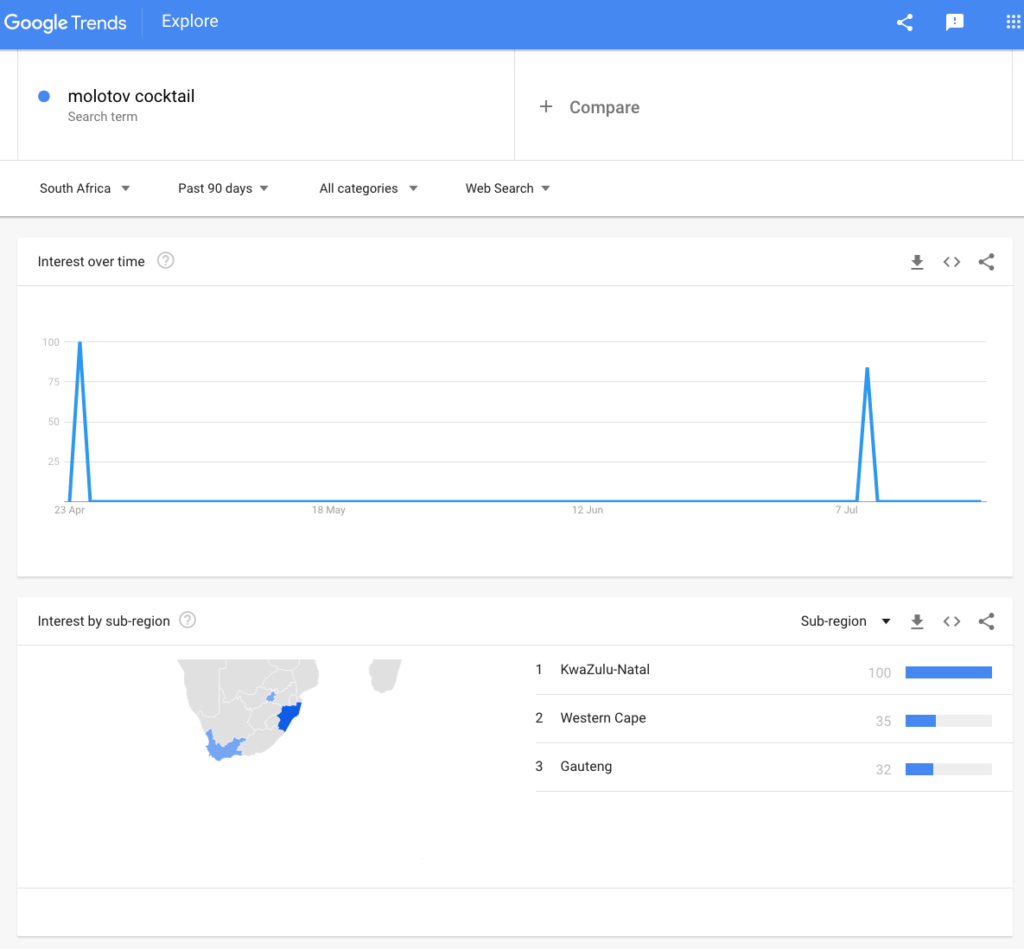 Keywords such as “self-defence guns”, “firearm”, “protest”, “Durban protest today” showed a dramatic increase in searches, which was expected. 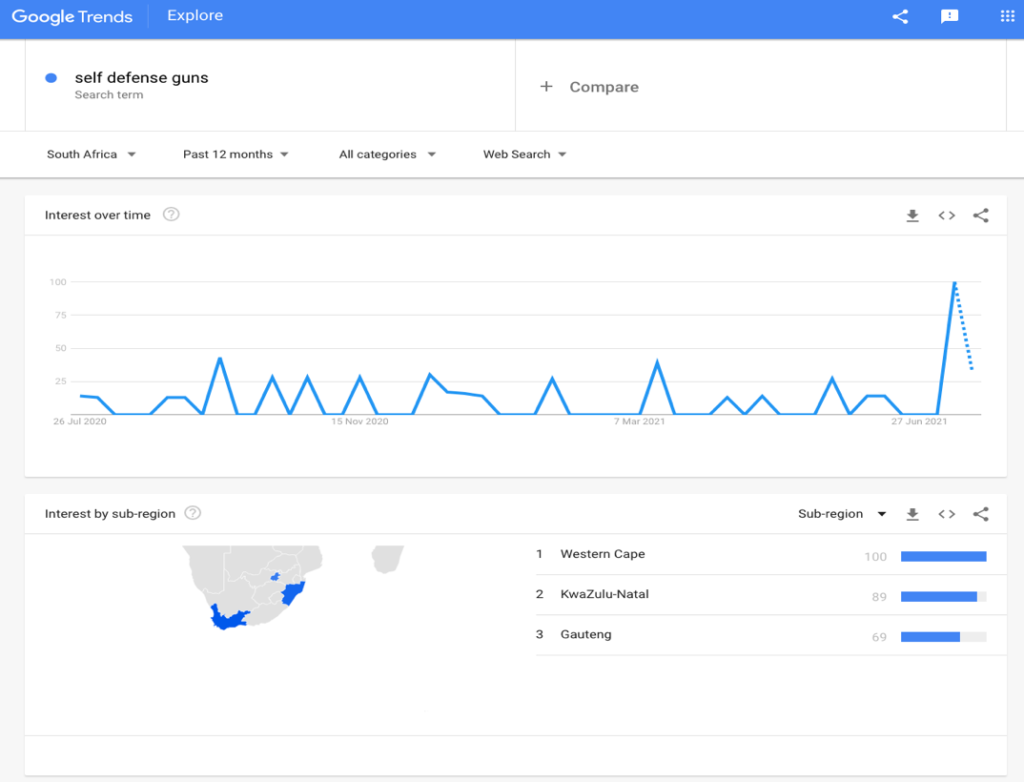 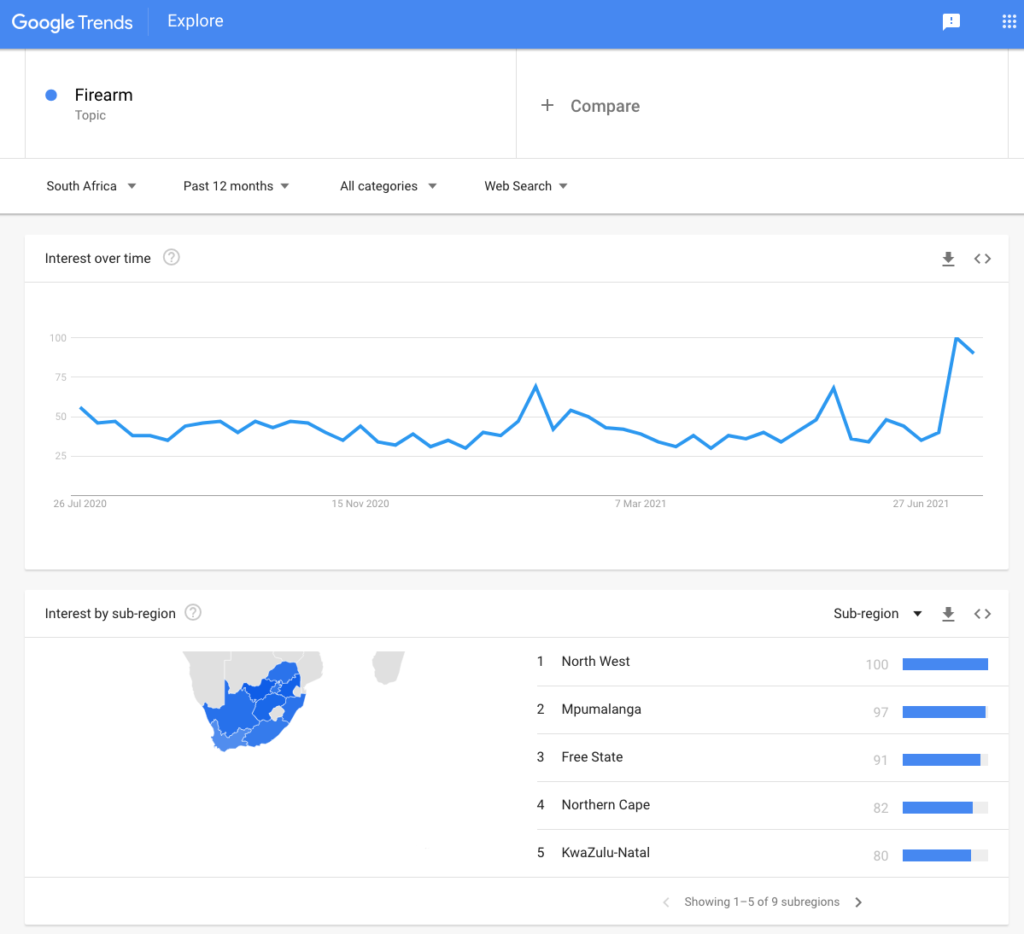 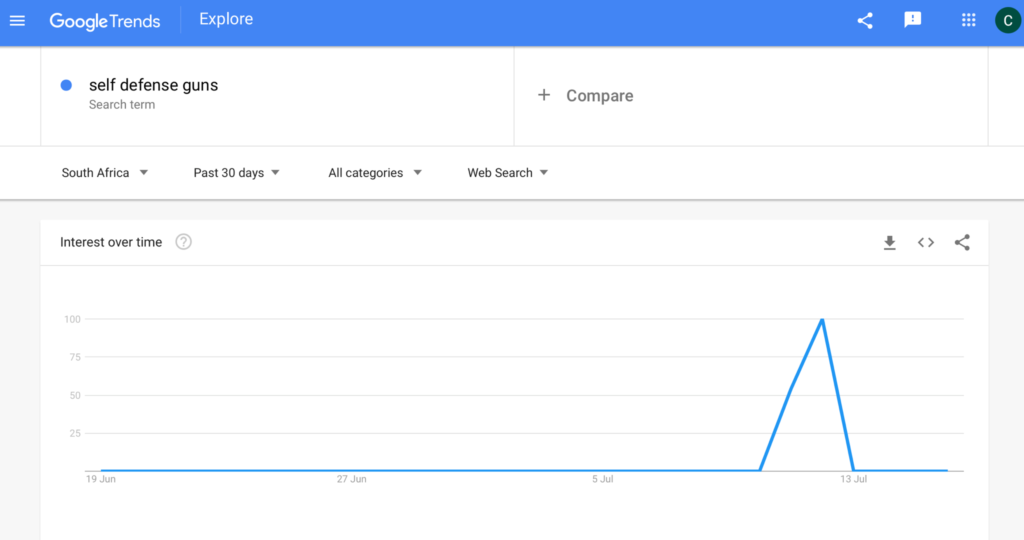 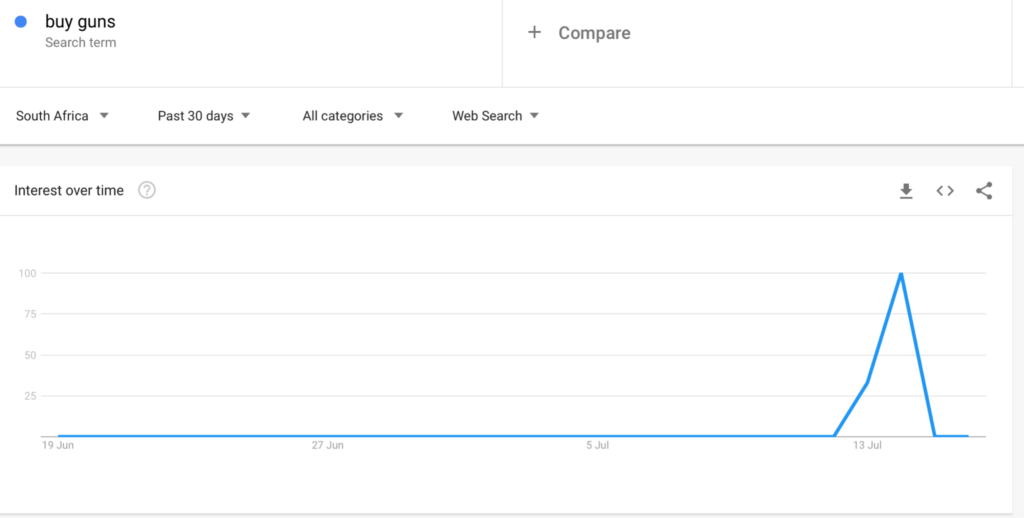 Pepper spray showed an increase, specifically in Northwest, Mpumalanga and KwaZulu-Natal. Another keyword ‘buy guns’ and topics around firearms increased 350% in searches.

The topic around Firearms had a 350% increase in searches.